On March 4, 2021, the Board of Supervisors voted to deny our appeal of the Board of Zoning Adjustments decision approving the massive Aramis project. In a nutshell, the Board members acknowledged the strength of our arguments but said fighting climate change trumps protecting agricultural land, open space and scenic corridors.

To stop the destruction of the valley, we must go to court. 100% of all donations will go to Save North Livermore Valley and be used for prosecuting a lawsuit to save our valley.

Filing a lawsuit is our only option.

While we can not offer any prediction on the outcome of a lawsuit, we strongly believe in our case. We will argue that the County’s approval of the solar projects violates state law, the county’s own General Plan and Zoning Code, and voter-approved initiative Measure D which preserves open space and agricultural land in rural Alameda County.

Thanks to a handful of generous donations collected so far, Save North Livermore Valley has enough funds to file and pursue a lawsuit. But, litigation can be complicated and often includes unexpected costs. We are seeking donations to ensure that we have all expenses covered and can take the lawsuit to the finish line.

Please donate today. Your donation is vital to safeguarding the valley now and preserving it for future generations. We greatly appreciate every donation. Thank you for helping us reach our goal.

Chris O’Brien, chairperson of Save North Livermore Valley and organizer of this Go Fund Me campaign

About the Campaign to Save North Livermore Valley 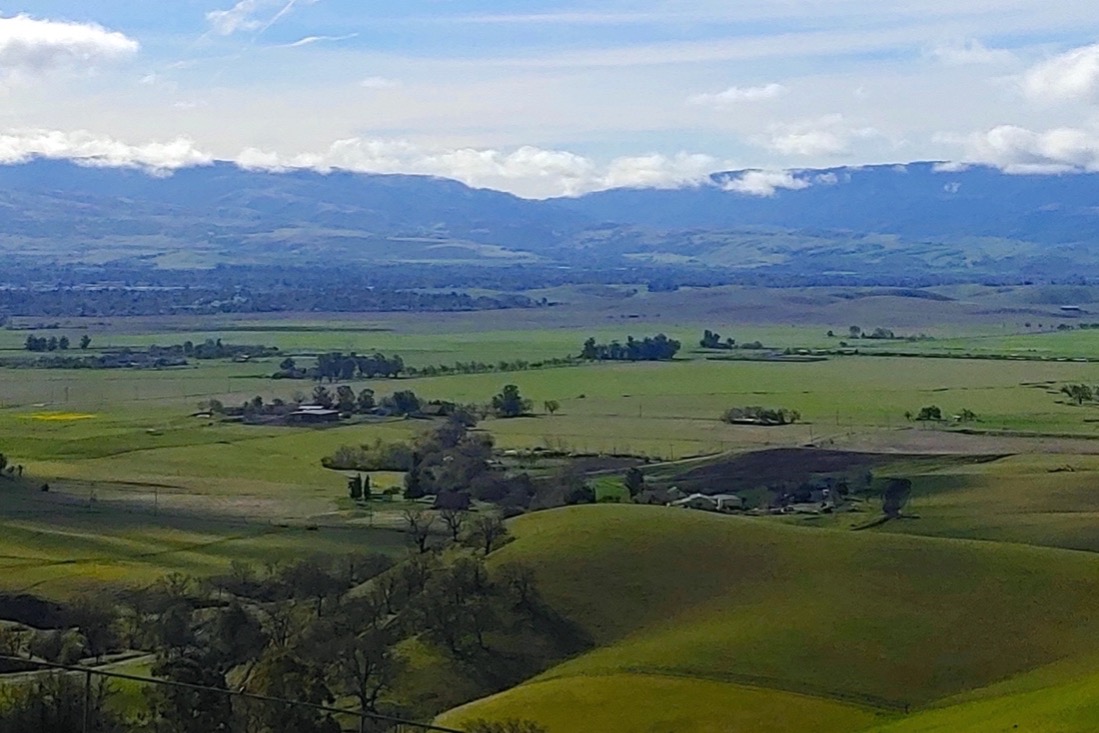 Bicyclists, motorcyclists, photographers, artists and sightseeing drivers visit to enjoy the outstanding scenery and peacefulness of the valley.

The valley also provides an ideal habitat for multiple threatened and endangered species, including owls, eagles, foxes, salamanders and frogs. For these species to survive we must vigorously safeguard their habitat.

Through Measure D, we voted to preserve  the open space, wildlife habitat and agricultural land of North Livermore Valley for us today and for future generations.

Despite all of this, in March 2021, the Alameda County Board of Supervisors approved a massive industrial solar power plant, called the Aramis Project, for North Livermore Valley. 75% of the power generated from the Aramis Project will be delivered to San Francisco utility customers.

The construction of the Aramis plant requires the grading, excavation, trenching and boring of hundreds of acres of land that has been used for agriculture for over a century. The land will be covered by 300,000 eight foot tall solar panels with overhead electrical transmission lines, some on towers up to 10 stories tall, plus a 5-acre lithium-ion battery storage system, new power substation, and miles of internal access roads and fencing surrounding the project. The project area is larger than Livermore Municipal Airport or the Lawrence Livermore National Laboratory campus. 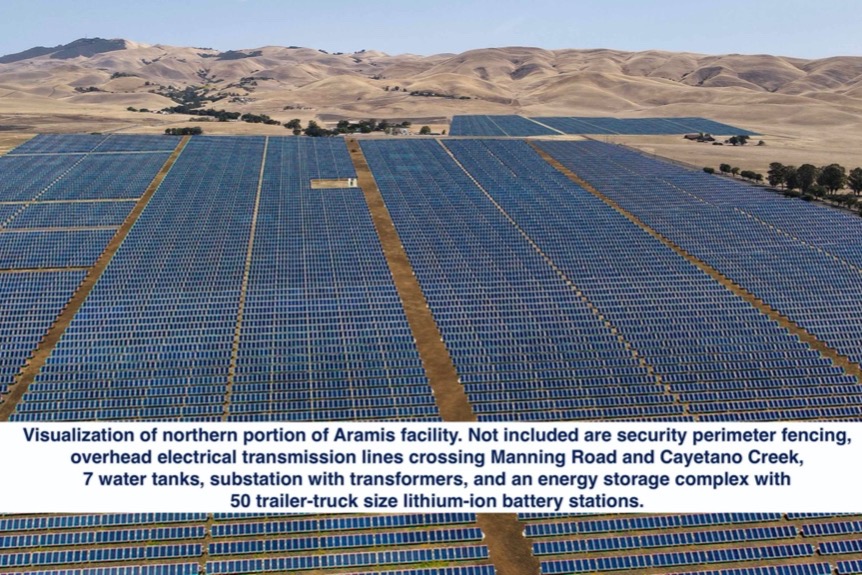 Every public agency independent of Alameda County that examined the Aramis Project, as well as multiple environmental organizations, concluded that the project was likely to harm and kill multiple threatened species. One of the principal planners for the County even candidly wrote , “There is no way to hide this enormous project or protect the scenic quality of the area. It is a big, in-your-face project, and denial of that quality is disingenuous. In fact, the mitigation itself introduces new significant impacts that cannot be mitigated.”

Alameda County has also conditionally approved a second large solar plant, called the Sunwalker, project, immediately adjacent to the Aramis Project. It will come before the Board of Supervisors for review in April 2021.

Moreover, if we do not overturn the approval of the Aramis Solar Plant, it will serve as precedent for the construction of industrial solar power plants on agricultural land throughout Alameda County. The rural character of East Alameda County as it has existed for centuries could be lost forever. Utility companies and other major corporations will sweep in, purchase ranches and farms and convert them into industrial solar power plants.

About Save North Livermore Valley 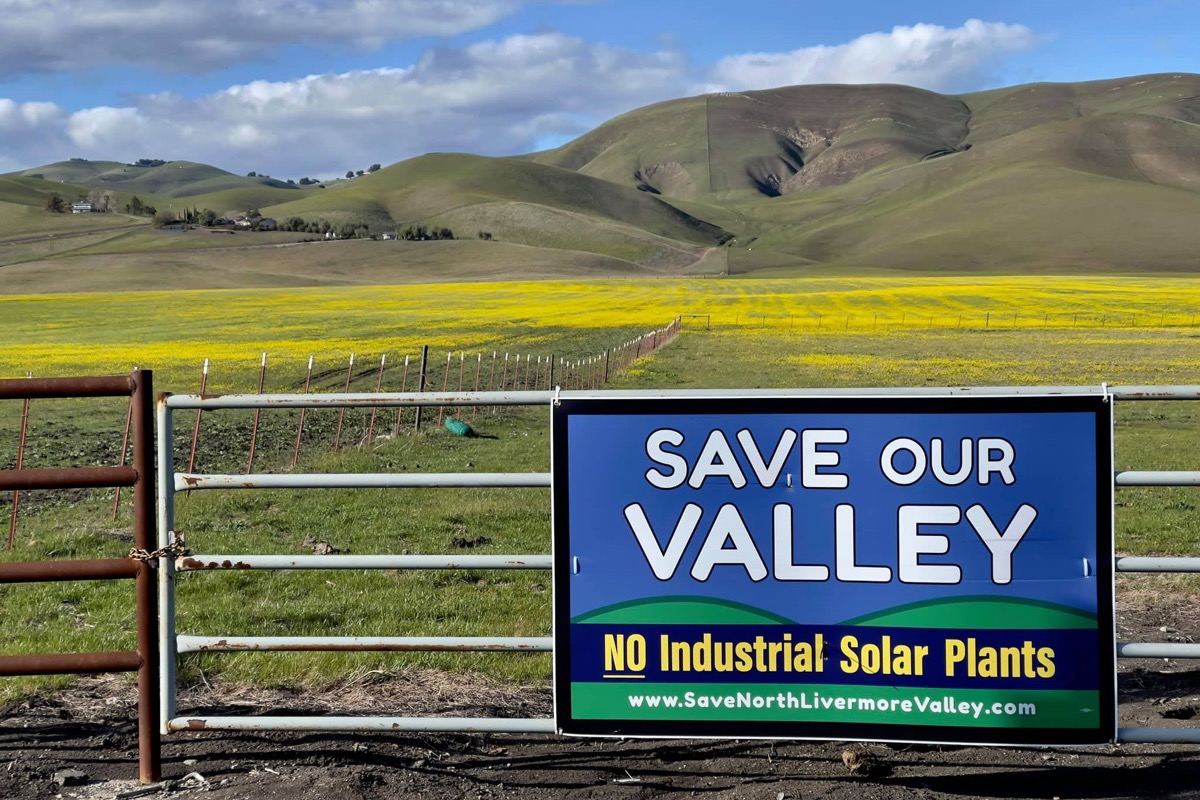 The agricultural land in North Livermore Valley plays an important role in providing habitat and migration corridors for threatened and sensitive species including the Western burrowing owl.

We are proud of our heritage as ranchers and farmers and are committed to preserving our land for future generations.